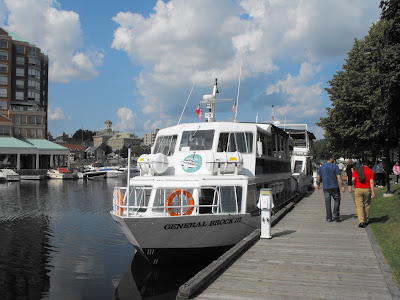 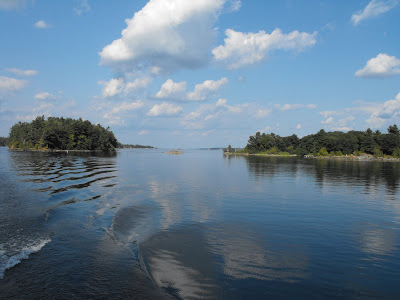 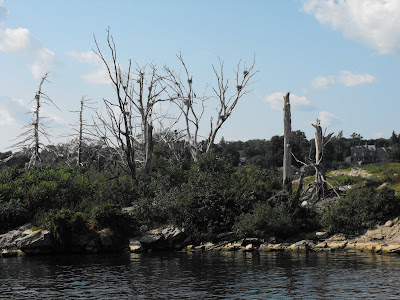 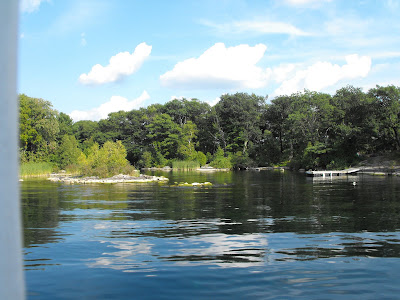 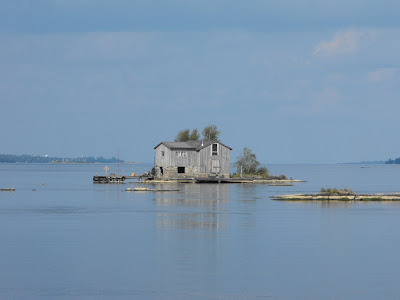 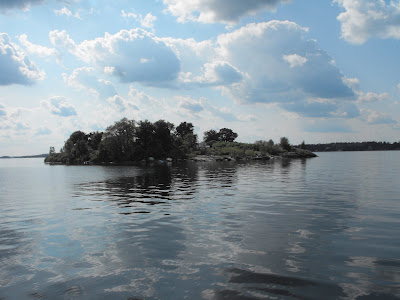 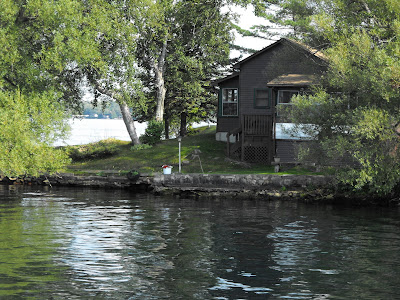 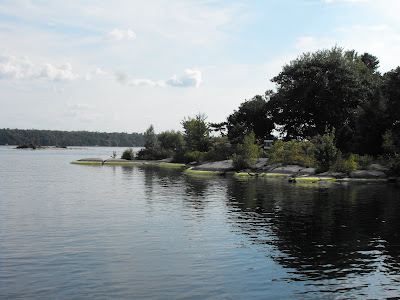 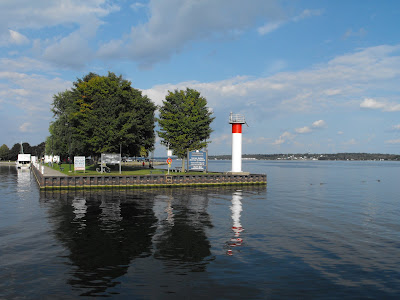 Blockhouse Island Lighthouse
We return to Tunnel Bay and the welcoming lighthouse on Blockhouse Island.
Blockhouse Island was once called Hospital Island. During the 1800’s, many refugees arrived by vessels from Europe and due to their illnesses after that voyage, they would spend time on the island before being allowed to go on the mainland.  To see more about the historic town of Brockville, Ontario, clik on:
http://we-love-rv-ing.blogspot.com/2009/09/brockvilleontario.html
Posted by Sheila and Keith at 10:45 AM