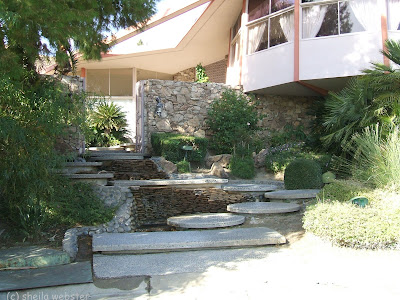 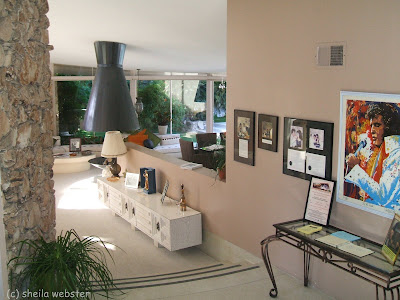 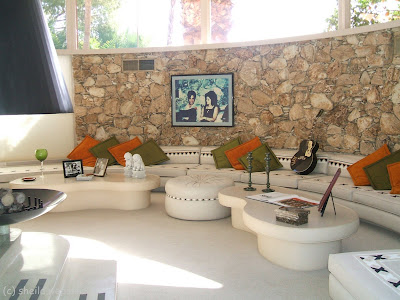 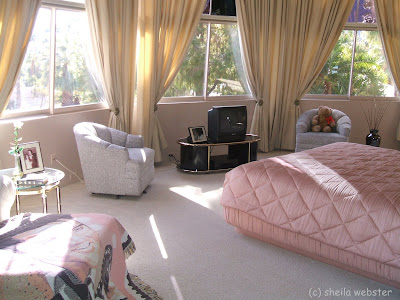 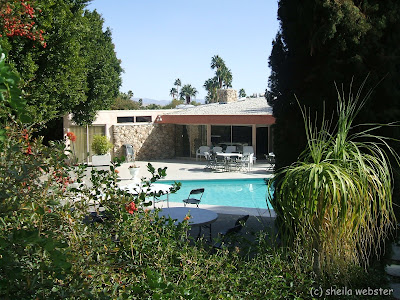 Pool in backyard of Elvis' Honeymoon House
Elvis and Priscilla planned on getting married by the pool but the news leaked out so they had to sneak out to a waiting limo in the back alley in the dark of night to fly in Frank Sinatra’s jet and elope to . They returned to this house the next day.
We remember Elvis on his 76th birthday, there has never been another like him.
Posted by Sheila and Keith at 12:38 PM