Amhurst, NS is located just 3 km across the border from New Brunswick, a small town with lots of history. We settled into a nice RV park and headed downtown to see some of the local sights and history of Nova Scotia on our first visit to the Maritimes. 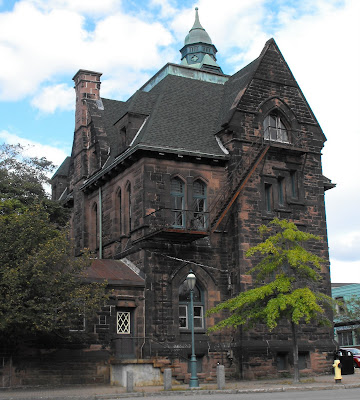 The downtown has some beautiful old brick churches and buildings, including the Courthouse pictured here. They were built in the early days of settlement by local contractors with local craftsman who used locally produced sandstone and brick. 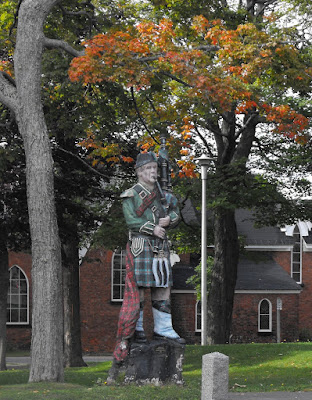 A Scottish Bagpiper
The Scottish Gaels are one of Nova Scotia’s largest ethnic groups. There were no identifying signs for this Scottish Bagpiper monument, but I am sure it is to honor the ancestors, the first of who arrived in Nova Scotia in 1730 aboard the ship “the Hector”.  In order to preserve the Scottish Gaels strong history ties, The Gaelic College of Celtic Arts and Crafts in Cape Breton is dedicated to the preservation and study of the Gaelic language, culture and their arts. 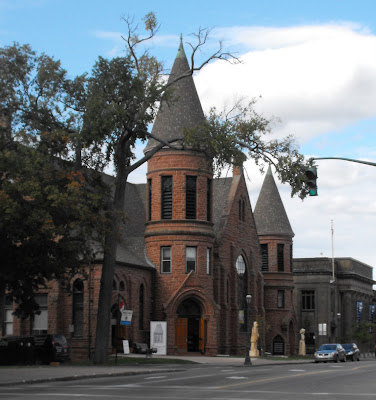 First Baptist Church in Amherst, NS
The attention to detail given by those craftsmen of long ago still shows and Victoria Street is filled with buildings that are considered industrial artifacts, this church being one of the grand ones. 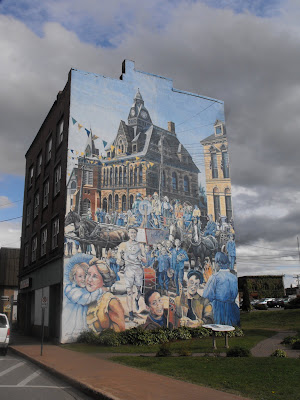 Amherst, NS downtown mural
The mural on a downtown building depicts the history of the area and is a great dedication to the people that were part of making Amherst what it is today.
Amhurst gained some notoriety when it was the location of the poltergeist phenomenon that affected Esther Cox, a local resident in 1878 & 1879. This was known as the Great Amhurst Mystery. Now we know why the name sounded familiar! 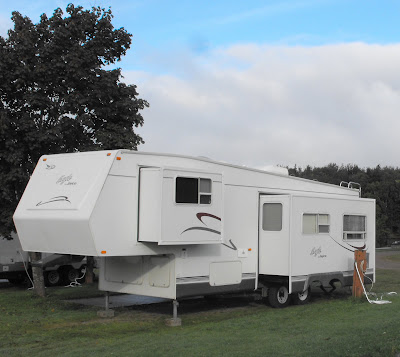 
We stayed at the Loch Lomand RV park just 3 km. south of Amherst. The park was easy to access just off the highway with nice sized RV spots to park in. At this time of year it was not crowded but very quiet. 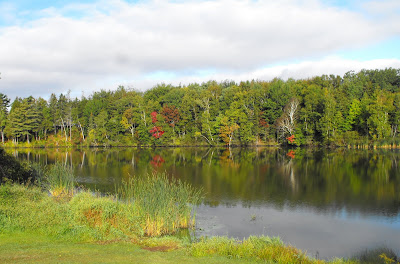 
The fog just lifted as we were about to leave on this sunny morning and we were able to get a nice view of Blair’s Lake from our RV spot. Hmmm, I would have thought it was named Loch Lomand !


We’re on our way to see Nova Scotia and its beautiful fall scenery. So many exciting things yet to see, follow us as we make our way next to Mahone Bay, N.S.