It is not a secret that we love rv’ing but there are trials and tribulations that come along with all that fun. We’d left New Burn, N. C. on a very pretty sunny day and were planning on getting into Savannah, Georgia for our next stop. There had been some rain and heavy cloud during the last few days so we were pretty excited about spending time in the sunshine, after all, we were in the sunny South. 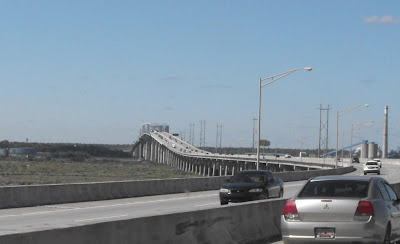 The Ravenel Bridge over the Copper River


We hadn’t planned on staying in Charleston, Georgia but we did stop for a late lunch there, enjoying the sun before carrying on for a couple more hours to Savannah.
There is a lot of traffic on the freeways there, it is a very busy place and we were about 20 minutes from lunch when Keith saw smoke coming from the rear RV wheel and made a quick stop under the underpass of another busy freeway. There is no fire, thankfully but he believes it is a wheel bearing. We can do nothing about it so call our trusty travel insurance, and after a lengthy conversation with a couple of people we have help on the way. We wait beside a very busy freeway, unable to enjoy that sunshine.

Help did arrive after waiting almost 3 hours since we’d stopped. Then it was too late to get a replacement part so our serviceman helped us move the truck and RV down the road and we spent our nite at the local Rest Stop ! It was a nice place if we had to be stranded overnite in a rest stop, but not how we’d planned on spending a beautiful sunny day and evening in Georgia ! The serviceman arrived early the next day with the new parts and had us on the road by mid rainy morning. And it rained so heavy all the way to Savannah ! 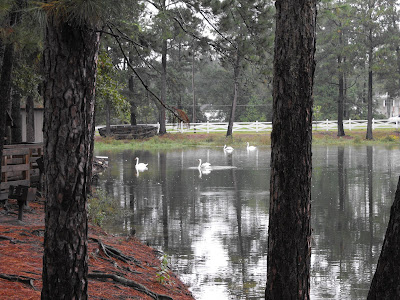 Gathering place for the swan family
When we arrived at the park, it was filled with lots of puddles but we managed to get a spot with a small puddle and were looking out at a lake within the park that was filled with several kinds of birds, ducks and swans. What a treat that was, rain or shine. 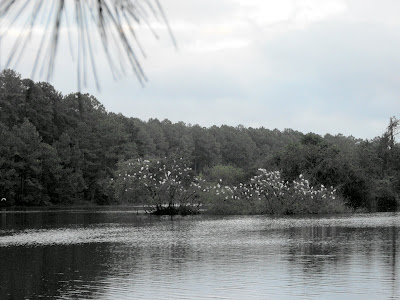 Trees adorned with egrets
The egrets fill the trees across the lake for their evening rest.  They are not a small bird and are 94-104 cm (37"-41") tall so this would give you a better idea how amazing this picture was to see in real life. 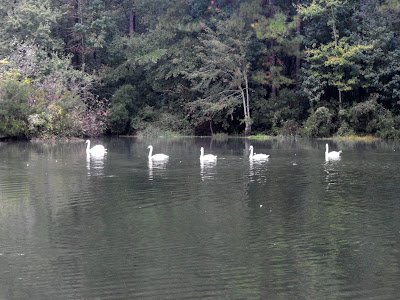 The swans swam within a group which appears to be the mom with her growing babies. The egrets are so graceful to watch fly but it isn’t easy getting that picture. I sat out under the large pine trees at the lake’s edge waiting but never got one to share. The ducks swim up looking for dinner when they see someone near. 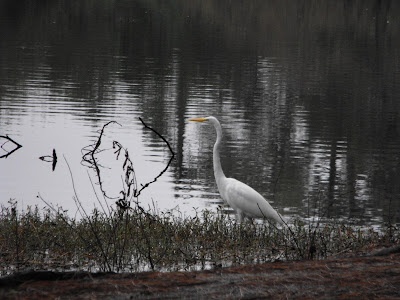 The large white heron we saw is called the Great Egret. They’re found around the world but not something we see much of in Canada. They’re the same family as the Great Blue Heron, which we do see more of in Canada, but are smaller. The Great Egret used to be called the American Egret but that has changed because the range extends beyond the Americas and farther than other herons. 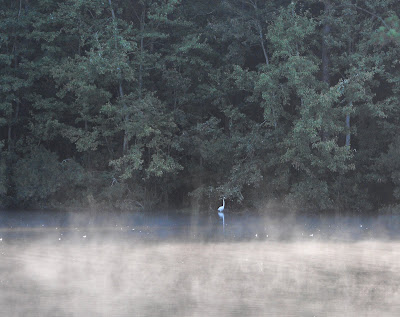 Waiting for the lake to clear


Early morning shows steam rising off the lake. The egret sit lakeside watching for the early fish for their morning feed.  They're so graceful as they take flight but that was the elusive picture of the day. 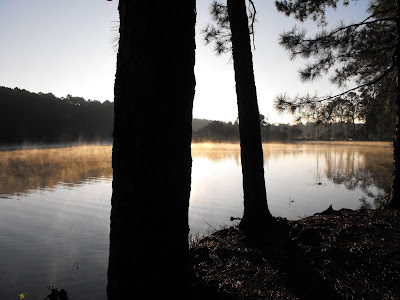 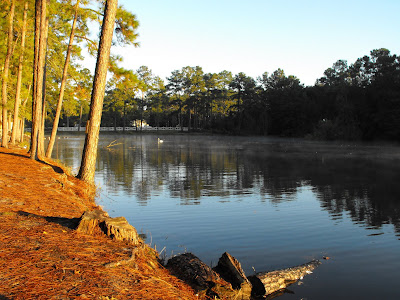 The swans were very comfortable in spite of all the visitors enjoying them.  They're well fed and seem to have blended well with the other birds of the area and  Mr. & Mrs. Swan are raising a beautiful family.

Click on this link and see what other gems we saw on our visit in Savannah, Georgia.
http://we-love-rv-ing.blogspot.com/2009/10/georgia-savannah-history-forsyth-park.html

Posted by Sheila and Keith at 6:32 PM